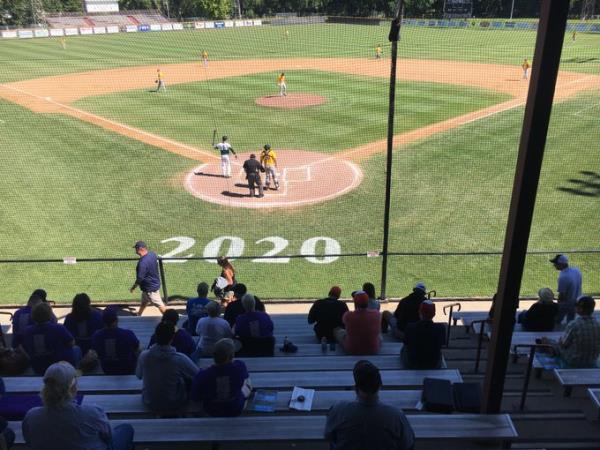 Sartell's David Deminsky kept Gaylord at bay, striking out 17 batters in a 1-0 ballgame.

Zeroes were on the board in a speedy game through four innings.

The Sartell Muskies broke through first against the Gaylord Islanders' Brody Rodning, a single-A minor leaguer in the Toronto Blue Jays system.

The Muskies only had three hits on the day. They needed just one of them after a hit batsman and a balk put Jake Sweetier in scoring position at second. A sharp single by Cody Partch scored Sweetier and stuck as the game-winning run.

The Islanders threatened more often in the game with six hits. They struggled to string them together against Deminsky, a former minor-leaguer in his own right in the early 2010s with the Minnesota Twins system.

Their best chance of knotting it up stranded runners on first and second with one out.

Sartell had a chance in the bottom of the eighth to add insurance but squandered a first/third opportunity.

Deminsky struck out the first two batters in the ninth but was pulled just shy of a complete game after allowing his only walk of the game. Fresh arm Adam Wenker coaxed a fly ball to left to end the game and earn a quick save.

The Muskies advance to the round of 16 to face the Bluffton Braves 6 p.m. Sept. 5 in Milroy.